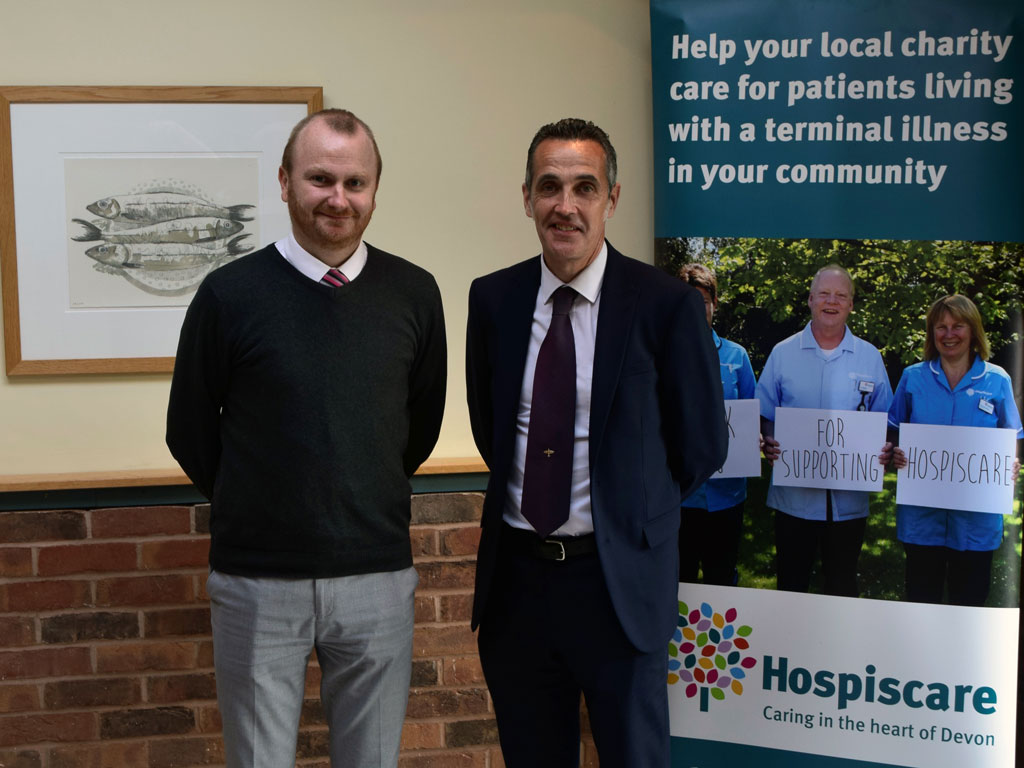 Hospiscare is a local charity supporting local people across Exeter, Mid and East Devon who are facing the challenges of terminal illness. In 2022 Hospiscare will be celebrating a special milestone; their 40 year anniversary, and are seeking 40 incredible businesses to help them mark this event by joining their 40 Club, an exclusive group of local businesses who will pledge to raise a minimum of £1000 each.

On Thursday 14th October, Bradleys Estate Agents were invited to the launch of the 40 club, an event that featured some of the local businesses that had already joined the 40 Club as well as other supporters. Ben Morgan, Bradleys Sidmouth Manager and Robin Burne, Budleigh Salterton Manager, represented Bradleys Estate Agents at the event. Robin commented “We are thrilled to be a part of the 40 club and we can’t wait to start working alongside Hospiscare to raise much needed vital funds.”

Sarah Smith, Hospiscare’s Head of Public Fundraising said “At this most difficult time for our finances we couldn’t be more grateful to Bradleys for joining the 40 Club, the lives of local families will be changed because of this support. We are proud to be working alongside such a well-respected and prominent local business”.

Bradleys Estate Agents operate in many of the same locations that Hospiscare cover throughout Exeter, Mid and East Devon and so fit nicely alongside this vital charity. Bradleys branches in Sidmouth, Budleigh Salterton, Exmouth, Honiton, Exeter, Crediton and Okehampton will all being helping to raise money.

Mon 29 Nov 2021
Section 21 ‘evictions’ increasing according to media reports…or are they?

Wed 24 Nov 2021
What are House Hunters looking for in the South West?