Team Bradleys preparing for “The Nello” 2017 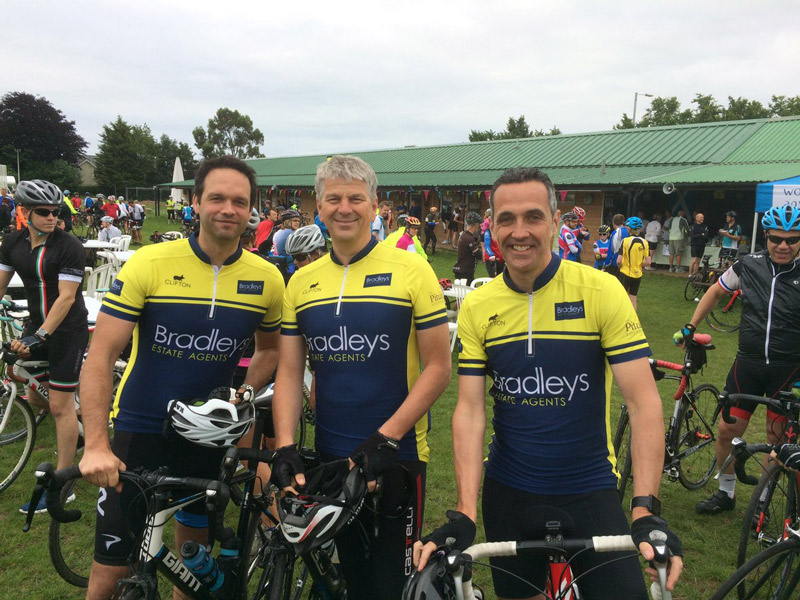 Bradleys cycling team along with some not so enthusiastic cyclists are gearing up for the arduous "Nello" taking place Sunday 25th June. Approximately 1500 cyclists will be setting off from Topsham rugby club to ride across some of Devon and Somerset’s most demanding terrain. Their journey will be taking them via Tiverton, across the centre of the Exmoor National Park, down through South Molton, Crediton, Exeter and back into Topsham, totalling 100 miles of true grit. This annual charity cycle ride is now in its 18th year of raising awareness and funding in its fight against Cancer. Started in 2000, the event was set up in memory of Topsham restauranteur Nello Ghezzo, who passed away of the disease in 1999.

The eight riders in ‘Team Bradleys’ continue to raise money for Force Cancer Charity. Force has spent the last 30 years making a real contribution to local cancer research, improving treatment as well as offering support and information to anyone affected by the disease. To date, ‘Team Bradleys’ has raised in excess of £1,100.

To sponsor the team just click on the link: http://uk.virginmoneygiving.com/team/Bradleys

Alternatively you can donate through Bradleys Estate Agents by popping into any office where staff will gratefully receive all contributions no matter how small, every penny counts.