Market Review Q3 – If The Price Is Right! 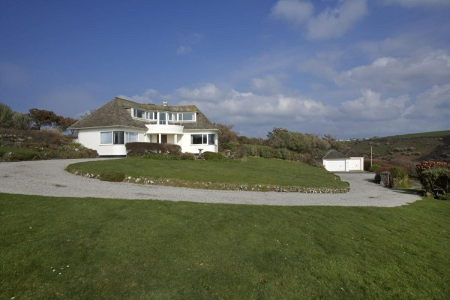 As Managing Director of the largest independent estate agency in the South West I am privileged to have access to the largest sample of current statistics covering all regions and sectors of the market which in turn enable me to say with certainty what is happening and to an extent have a very good idea about what will happen next.

The market right now at the end of the 3rd quarter is very interesting and is subject to some very key factors, namely outside influences which affect confidence.

To compare this year to date with last year to date everything seems rosy. The volumes of new instructions coming on to the market in 2014 compared to 2013 are up by 7%. Volumes of sales being agreed are up by 10% and the volumes of sales completing is up by 24%. The current average price of a home in the South West is £208,388 which is an increase of 5% Year to date above the same time last year. Those figures taken in isolation look very promising for the market, however it must be remembered that the market started slowly in 2013 and gathered pace through the year so the figures are slightly distorted on the completions as we compare to when fewer were taking place early last year.

What is particularly significant is the comparison of quarter 3 in isolation from last year to quarter 3 of this year. This gives a true year on year snapshot long before the National Lenders have produced their reports and long before the Land Registry release their figures. The new instructions coming on to the market are gathering pace and are up 10%, so the rate of new instructions has increased over the past 3 months. Sales being agreed have fallen by 7% so this demonstrates how the market has slowed compared to earlier in the year when if quarter 3 is included in the year to date which has still increased sales by 10% and the completions have only increased by 14% over this time last year when compared to 24% for the year as a whole. This again shows the market is slowing.

Did I say the market is slowing? Surely that is not what most people are hearing on the TV or reading in the news. That however is a fact. The supply and demand ratio is swinging back in favour of the buyer. Until 3 months ago it was a definite seller’s market, there was a shortage of property to sell and more buyers than sellers so competition was fierce and prices rose. In a relatively short space of time the position has reversed and now the supply of property is outstripping serious buyers and buyers are having to be tempted to buy.

Tempted to buy means only one thing, the price has to be right. I am certain that prices will not fall, however I am aware that there are quite a lot of properties on the market where the vendors were aware of a rising market and priced optimistically accordingly. Properties that have been on the market for more than 3 months will probably now need a reduction in price to be competitive with the new instructions coming on to the market. Correct pricing is absolutely everything in the current market and when buyers can use the portals to compare the market in an instant is very obvious which properties are correctly priced and which are not. Buyers are ignoring properties which they consider to be unrealistically priced but sales can still be generated quickly if the price is right and the presentation is good.

A couple of current good examples of reductions making the difference are Trefursdon at Callington and Tresidder at Helston.

Trefursdon which was on at £645,000 reduce to £600,000 as the client had done their homework and realised the price range they were looking in had dropped and their money would go further. A sale was agreed in less than 3 weeks from a successful re-launch at the new price.

Tresidder, Mullion, Helston. This was reduced from £800,000 to £775000 and a sale was agreed within 3 weeks to a buyer who had already viewed from central London. They had been watching the property waiting for a reduction.

They had also only viewed in the first place as they had seen our presenter led video and didn’t trust agent’s photos so the video worked. They also shared the link of the video to builders and architects who were able to give quotes based on the video and floor plan.

The combination of correct price and comprehensive marketing worked quickly in both cases. So what has caused the slowdown and what for the future?

The slowdown is easy to address. Any uncertainty knocks on to the property market with a lack of confidence and will always result in a slowdown. In this particular case there has been a combination of factors that have all combined and have since been addressed. Firstly there was talk of a house price bubble and Mark Carney made us all aware that he might put up interest rates which started to deter buyers. Then there was the introduction of the Mortgage Market Review MMR which again deterred buyers because the TV told them it was going to be harder to get a mortgage. The final straw was the uncertainty over Scottish Devolution and the potential consequences of a ‘Yes’ vote.

What we now know is that the market slowed and the talk of increased interest rates has subsided, in fact because of the slowdown, lenders have not reached their lending targets and are actually cutting mortgage rates to try to attract new business. MMR has been in place for several months now and mortgages are available but do use an independent Mortgage Advisor, such as a Bradleys Mortgage Advisor, as they can process a mortgage much quicker than a lender under the new rules. Finally the Scottish voted ‘No’ and the sales picked up the very next day. These 3 things undoubtedly combined to slow the market and these 3 things have been resolved so all looks set to continue as it should.

What is my advice for a buyer now? Buy and buy now! Mortgages are available, interest rates are rock bottom and there are some fantastic 5 and 6 year fixed rate deals available right now. Pension rules have changed and instead of being forced to purchase a poor performing annuity you can now put your pension fund towards an investment property which will continue to grow in value as well as giving a much enhanced return on investment compared to the only previously available annuity. There is currently a great choice open to buyers, plenty of property to choose from and the prices are currently keener than they were 3 months ago but should continue to show steady growth over the coming years. In short it’s never been better to buy, but be quick as it won’t stay this way for ever!